A big mishap occured. We were ‘recording’ the construction of the farming and at the end I realized I accidently pressed the “start recording” button twice so it saved a 1 second file instead of recording the whole thing! So instead, we have to show you what we’ve done with our new farm so far.

As you know my beloved Pteranodon, Ricky Tikky Bobby Wobbin, passed away in episode 2, so in this episode we go an a ‘lil adventure to a forest half way across the map to get me a new Pteranodon buddy, who I named Greenthumb.

Watch out for the epic bonus clip at the end…

Today I was accompanied by ashgcy.

Here is the list of mods we are using on our private server:
https://steamcommunity.com/sharedfiles/filedetails/?id=1822571055 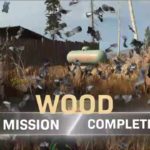 Call of duty Warzone With the boys! 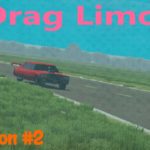