Joined: Feb 2022
Home Video Back On My Horror Shiz with Black Mirror

Back On My Horror Shiz with Black Mirror

We’re not going to put numbers in this. I’m going to hate myself for that later. For the Future Monica, this is the first episode. Welcome to Black Mirror! This game has mixed reviews on Steam, but so far it’s not quite so terrible as I think others were making it out to be. It’s based around the older series, Black Mirror, a series of adventure horror games where you walk really slowly and the game throws sudden death at you literally four hours in, when you’ve forgotten to save. I’m not bitter. The original somewhat reminds me of Clive Barker’s, except with less weapons.

I Have The Feeling This Story Is Fairly Short! – Rage 2 #3.5 – Pro Quadriplegic Gamer 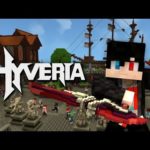