BattleBet is BACK! The King of Fighters 2002 Mugen Style 2

BattleBet is BACK! King of The Fighters 2k2 Mugen Style

Every regular that comes to my stream will get 1000 BP! I just need to see you chatting 😀

★ The King of Fighters – BattleBet★
This NEW King of the Fighters game is base on KOF 2k2 UM with Dream Cancels. Other modes will be added later. This is a fighting game like Street Fighter, Mortal Kombat, and Injustice. It has over 100 character in it. That is even bigger than Marvel vs Capcom!

★ Today’s Updates! 7/8/2017 ★
Replaced Syo Hayate with a new version that works better. He has a solid AI now and is looking great!

★ Today’s Updates! 7/7/2017 ★
Spent the night looking for a replacement for King. I wanted the white coat outfit, but with newer moves. I found one and it is perfect! Made new pallets for her right away and she will be converted later on.

★ Today’s Updates! 7/4/2017 ★
Worked on Ikemen a bit to play around with it the last 5 days. It is good but it does lack some features. Also the AI does not do much and that hurts it a lot.

★ Today’s Updates! 6/28/2017 ★
Working on another version of Wind that I have renamed to Amanda for this game. She is the best fit for the game and I will be removing Reas.

★ Today’s Updates! 6/27/2017 ★
Finished Gai and Gato last night. started added new moves to yuri because she is lacking many moves BUT has all the animations for most of her special moves.

I found that if characters have to many default GREEN and YELLOW hit boxes on one sprite, that the game will crash and run out of memory. I have manually redone the hit boxes for these characters and fixed the issue. The game does not crash now!

It is a fighting game engine that you can make your own game for free!. check out www.mugenfightersguild.com for more info!

All characters are SNK art style and play like KOF2k2UM with Special and Dream cancels. I am doing cosmetic edits on the characters now to make it feel more like a real game. All pallets will be updated to KOF 2K3 colors on each character.

Currently I am looking at every character and updating them.
– Making sure animations interact with water correctly
– Removing EX moves
– Writing a move list for each character
– Adding in proper sparks if needed
– Fixing issues
– 88 character to fix *possibly more*

★ Things I am desperate to fix ★

– Some characters need moves made
– Day and Night stages have a error that needs to be fixed
– Character balancing
– Some characters have moves that go off the screen. These need to be lowered.

Want to help me make this game? Or reporter errors you see in the game? Leave me a message here or email me at layanorsmind@gmail.com 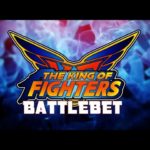 BattleBet is BACK! King of The Fighters 2002 Mugen Style 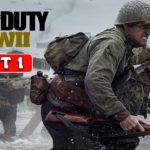