Breaking the Game With Andy! The King of Fighters Allstar

Some time has passed since KOF ALLSTAR began accepting contenders, and we’re aware that many fighters have been strengthened to full capacity. This means that the need for additional strengthening methods has increased and, as expected, many contenders have been asking for this expansion. Therefore, we are introducing an additional ‘awakening’ system to fulfill this need, as well as to better complement the additional content that will be added in the future.

The new ‘Awakening’ system will allow fighters that have been leveled up to max (Lv. 90) to be strengthened further.

Fighters must be leveled up to Lv. 90 in order to be eligible for awakening, and additional currency called “memory” is required. This new currency (and fighter souls) can be obtained when a duplicate fighter is summoned.

Awakening will be split into tiers, with each tier having its own requirement and required materials. The core currency that each awakening tier requires is the selected fighter’s memory, and also the memory of a different fighter that happens to be of the same grade or element. Each tier will require a different amount of currency.

The King of Fighters – Mugen Bug Test?
This King of the Fighters game is base on KOF 2k2 UM with Dream Cancels. Other modes will be added later. This is a fighting game like Street Fighter, Mortal Kombat, and Injustice. It has over 100 characters in it. That is even bigger than Marvel vs Capcom! 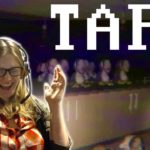 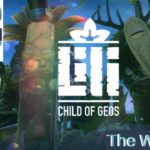