A very quest strong episode. Time to just tackle all of Jack’s quests and get stuff done. Am I recruiting enough people? Absolutely not, I have no nonhuman people in that roster and that’s going to absolutely bite me in the butt, BUT WE’LL FIGURE IT OUT LOL. Radiata Stories was originally released on the Playstation 2 and is a SOLID game, really amazing, seriously one of the best games released, totally underrated. Honestly, my view counts for this have been low, but I genuinely don’t mind- I’m just really loving being able to play it again. Despite the emulator’s groanings, it really has aged well. 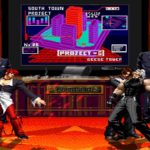 Little Nightmares Somewhere Down In The Darkness