TLDR, I have an idea for a new series centered around the concept of making games- but without committing to a game. In the past we’ve sort of done this with Generia, but once that game started picking up attention, I got kind of nervous with it- the pressure sort of destroyed what that game was supposed to represent in my head. With this, these are more or less just me messing around with the engines, without actually committing to any one engine or any one game idea. I just kind of want to get away from the idea of like… becoming “successful” I guess, this idea of being a youtuber for profit or for… fame, or something. Idk, things have gotten really weird on YouTube. People i’ve watched for a long time seem to be hurting from something we all thought was going to be amazing, and I’m a bit jaded toward the idea of being famous. I don’t really like following trends anyway, and the idea of doing the same thing forever because I have to do what the numbers tell me to do is just… very exhausting. I’ve always kind of shunned that I think, this idea that I have to keep doing the same thing if it’s successful. I used to have a lot of fun doing this, even if I was watching numbers. Now, it just seems… kind of sad. I dunno, let me know what you guys think. I’m also not sure if I want to do facecam or not, so we’ll see! 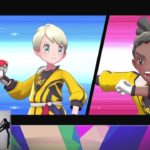 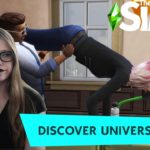