Apart from a surprise subscription notice from Quinn, which was HILARIOUS, we also take control of CALEB for a while and have him invite Laurel over for a New Year’s party! I was afraid that Laurel and Lillith wouldn’t get along- Lillith is pretty proud of her vampire status- but let’s be real, Laurel must have inherited literally ALL of her nymph/succubus ancestor’s powers because WHO COULD RESIST THAT FACE?! Probably someone. Like Teagan in Sims 3 with Robin and Marian. Somehow, she manages JUST fine, ignoring the charms and whiles of the Sims. 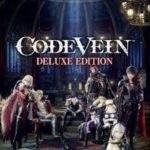 this ready or not mod will blow your mind