★ BATTLEBET ★
This game was made as a fan project for KOF. As I streamed the game for stress testing, more and more people came to watch it fight itself. So I decided why not make a game of it? Using the idea that SlatyBet does and improving on it, BattelBet was born!

Thank you, everyone, for the support of this project! Your funding has made this a reality!

★ Fight a Base ★
FAB is one of the oldest fighting game communities “even before Shoryuken.com” and has been keeping track of the history of fighting games for years! They recently opened up a discord to get everyone in one place to chat and FIGHT EACH OTHER O THE DEATH! Maybe not death… I made that up.. JOIN OR DIE!!! https://discord.gg/WpvstvW

★ The King of Fighters – BATTLEBET ★
This King of the Fighters game is base on KOF 2k2 UM with Dream Cancels. Other modes will be added later. This is a fighting game like Street Fighter, Mortal Kombat, and Injustice. It has over 100 characters in it. That is even bigger than Marvel vs Capcom!

★ What is Mugen?★
It is a fighting game engine that you can make your own game for free!. check out www.mugenfightersguild.com for more info!

★ My Game Info ★
All characters are SNK art style and play like KOF2k2UM with Special and Dream cancels. I am doing cosmetic edits on the characters now to make it feel more like a real game. All pallets will be updated to KOF 2K3 colors on each character.

★ What I am doing now ★
Currently, I am looking at every character and updating them.
– Making sure animations interact with water correctly
– Removing EX moves
– Writing a move list for each character
– Adding in proper sparks if needed
– Fixing issues
– Making sure they have at least a KOF 2k2UM Move set.
– Removing unofficial moves
– 80 character left to update *possibly more* 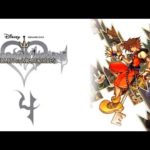 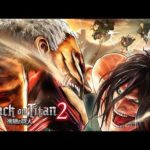