In this video I go into detail about video game storylines and specifically video series that go into great detail explaining those storylines. Ultimately, I don’t actually believe in people watching those as their only source of the story- meaning, they’ve never seen the series or played the games but want to know the storyline. OBVIOUSLY there are going to be exceptions to this rule, but for the most part, a vast majority of people aren’t going to enjoy a storyline series breaking down the plot of any major/large franchise.

Stories told in media were meant to be experienced through that media. Could you imagine someone trying to faithfully recount the ENTIRE plot of the ENTER MCU? Every movie, from start to end, all in one sitting? That’d be INSANE. 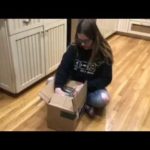