Part 01 of two, where we play as Nancy Drew investigating a haunted carousel! Turns out carousels are REALLY cool, like the history and how they’re made is something I never considered before, so this game got me super interested. I don’t think I’d EVER have the wherewithal, time, or supplies to make one, but I’d LOVE to make like, a mini one. Could you imagine? It’s so cool and intricate. It’s a shame they’re not as popular as they used to be. 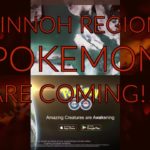